High Recognition for our Trooper

Recently, Command Staff nominated one of our Troopers for Legion Trooper of the Month for November 2017. While he was not chosen, he did receive second place out of 19 troopers who were nominated… which happened to be the largest pool of nominations in one month all year. The Trooper that won, took a month from their life to go down and help the residents of Puerto Rico after being hit by two hurricanes in a row. While those actions were not for the “betterment of the Legion”, we here in Corellia feel our Trooper deserves recognition toward his efforts for the betterment of our slice of the Legion!! 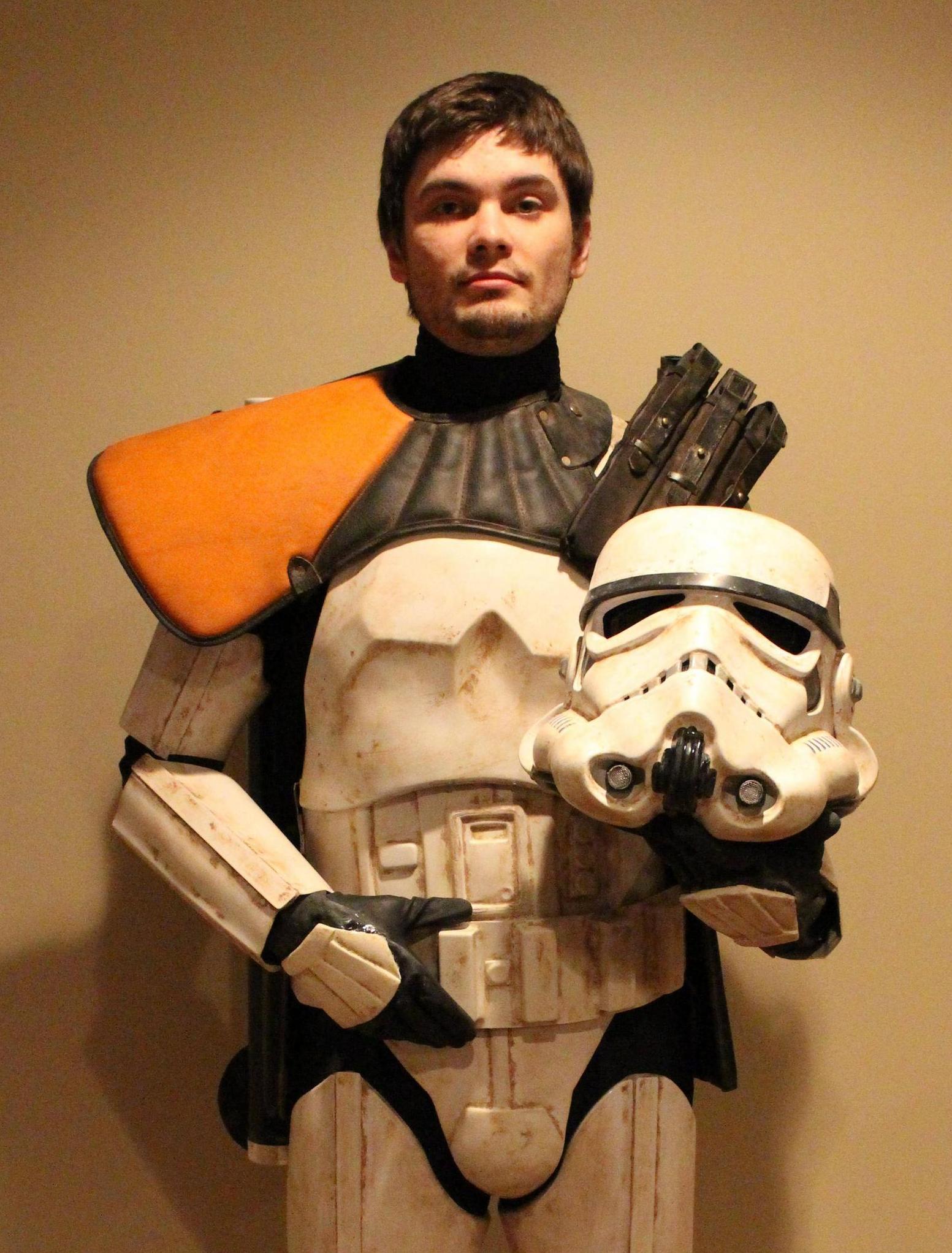 Timothy has been a member of the 501st since February 2016. One of Garrison Corellia’s regular Troopers, he was eager from the beginning to help out. A computer guru by trade, he stepped up to help our IT member (who was dealing with some family and personal health issues), with the administration of our Garrison website and forum. TJ’s knowledge helped us to streamline some of the forums’ organizational structure and created an active chat room for our folks while visiting the forum. He has since helped our Event Coordinator’s with their section of the forum to help organize it by month for posting event requests. It has made it much easier for our troopers to see what events are coming up and when.Upon promoting him to Command Staff, he willingly stepped up to help our GML, to ensure all new members had their info and pictures properly uploaded to the 501st Legion site. And when it comes to costuming, TJ’s attention to detail earned him Centurion status (Level 3of 3) in FISD. He has since converted his kit to TD Police Officer (Level 2 of 3) in MEPD. He also has a basic level Biker Scout, which was his first costume. Due to his resourcefulness, and ability level, TJ has helped many of our Cadets complete their builds, thus becoming members.In the last year, our Command Staff formed a merchandise team for the Garrison. Due to his graphics ability, he stepped up yet again and helped us proof our first ever trading cards for our Garrison. TJ also troops alongside his wife Lisa (TK ID#62587), who became a member in October 2016 after gaining his help with her Royal Guard. TJ and his wife have also stepped up recently to assist our GEC’s in acquiring a beneficiary of Blast-A-Trooper at a local Con in their home town. We were able to raise funds for the local Children’s Hospital because of their combined efforts.We are a young Garrison, and with that, we just approved our 54th member. So having folks willing to take on more than one role is vital to our growth and success. TJ is always eager to help when folks ask and is an invaluable member of our Garrison family. We could not imagine functioning without him, and anticipate even greater achievements out of him in the future!