The Garrison staff is structured similar to that of the Legion and the roles are identical, but Corellia focuses within the boundary of West Virginia. This staff plays an administrative role for the Garrison and is responsible for organization, coordination, and promotion of the 501st Legion at the local level. 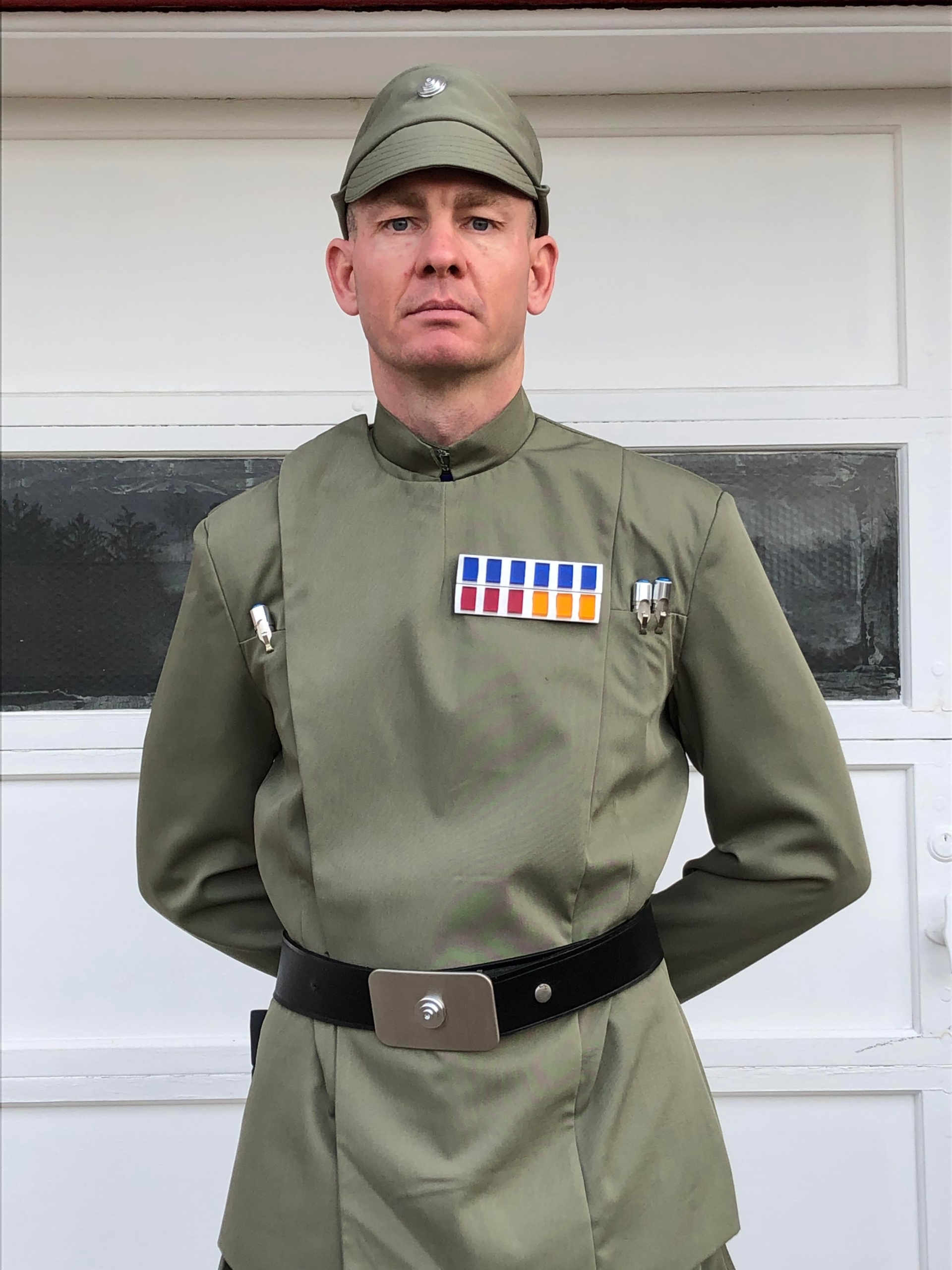 Matt joined the 501st in December 2014. He has held the positions of Academy Advisor (5 years), GCOG (1 year), and GXO (1.5 years) before becoming GCO. He also served as BCO of Ghost Base in the Rebel Legion (2 years). Despite having 5 costumes, the Biker Scout is his favorite.

In real life, Matt teaches Math at WVU, where is also the Faculty Advisor for the WVU Star Wars Club, WVU Math Club, and WVU Chapter of SIAM. He also works as a vacation planner, specializing in Disney and Universal trips. Besides Star Wars, Matt’s interests include Disney, Lego, chess, hiking in Yosemite National Park, and Pittsburgh sports. 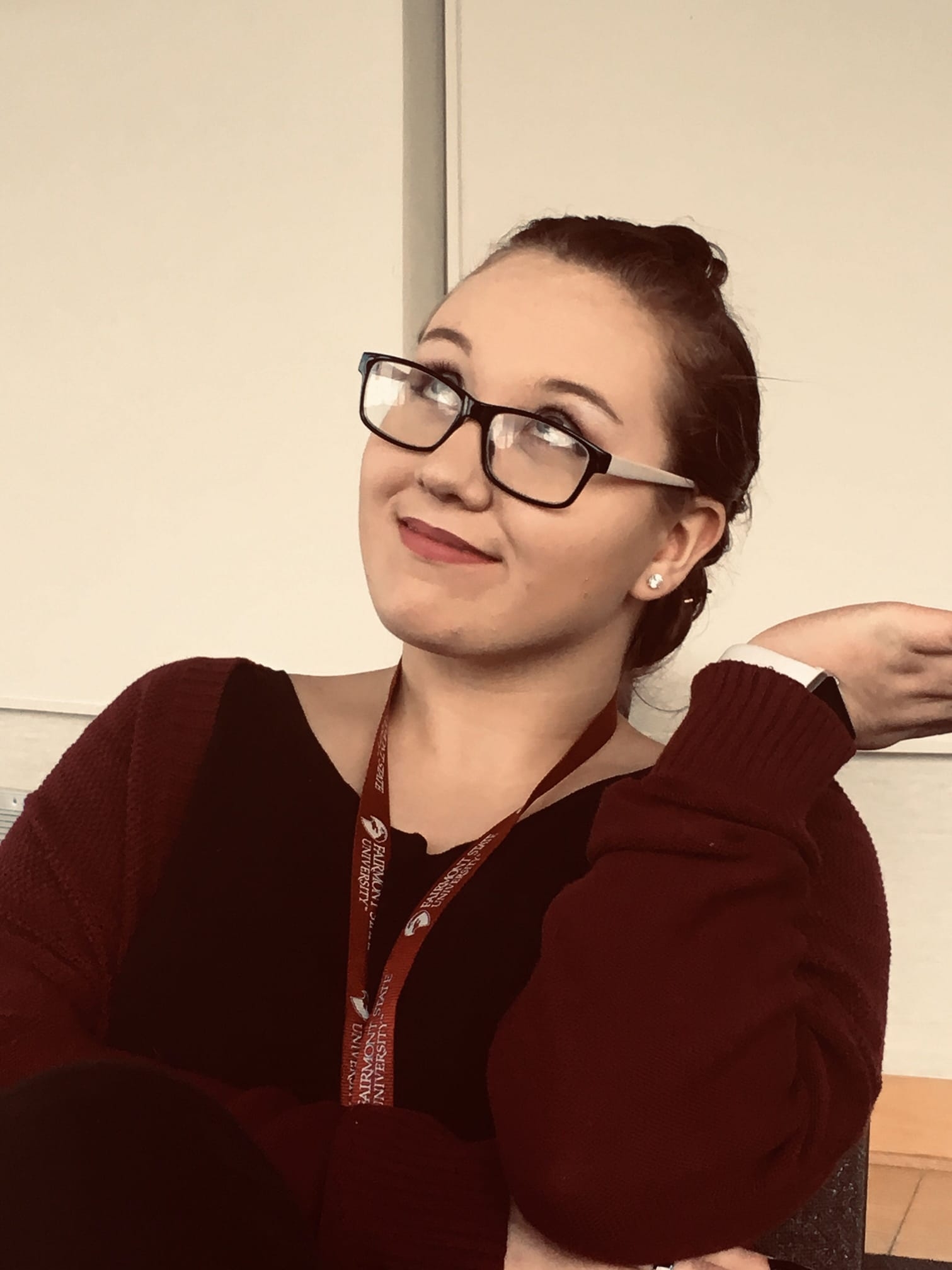 Charis Boyer joined Garrison Corellia in June 2018 with a 181st TIE Dress Uniform. She has previously served as PRO alongside Lisa Jones and Rachel Mullen. She has six 501st Legion costumes from a variety of detachments and two more costumes in our sister organization, the Rebel Legion, with a number of costumes still in the works.

She had previously been a member of the under 18 group the Galactic Academy and has grown up in the world of Star Wars and the 501st Legion. While not dressing up as a plastic spaceman she is a college student at Fairmont State University. 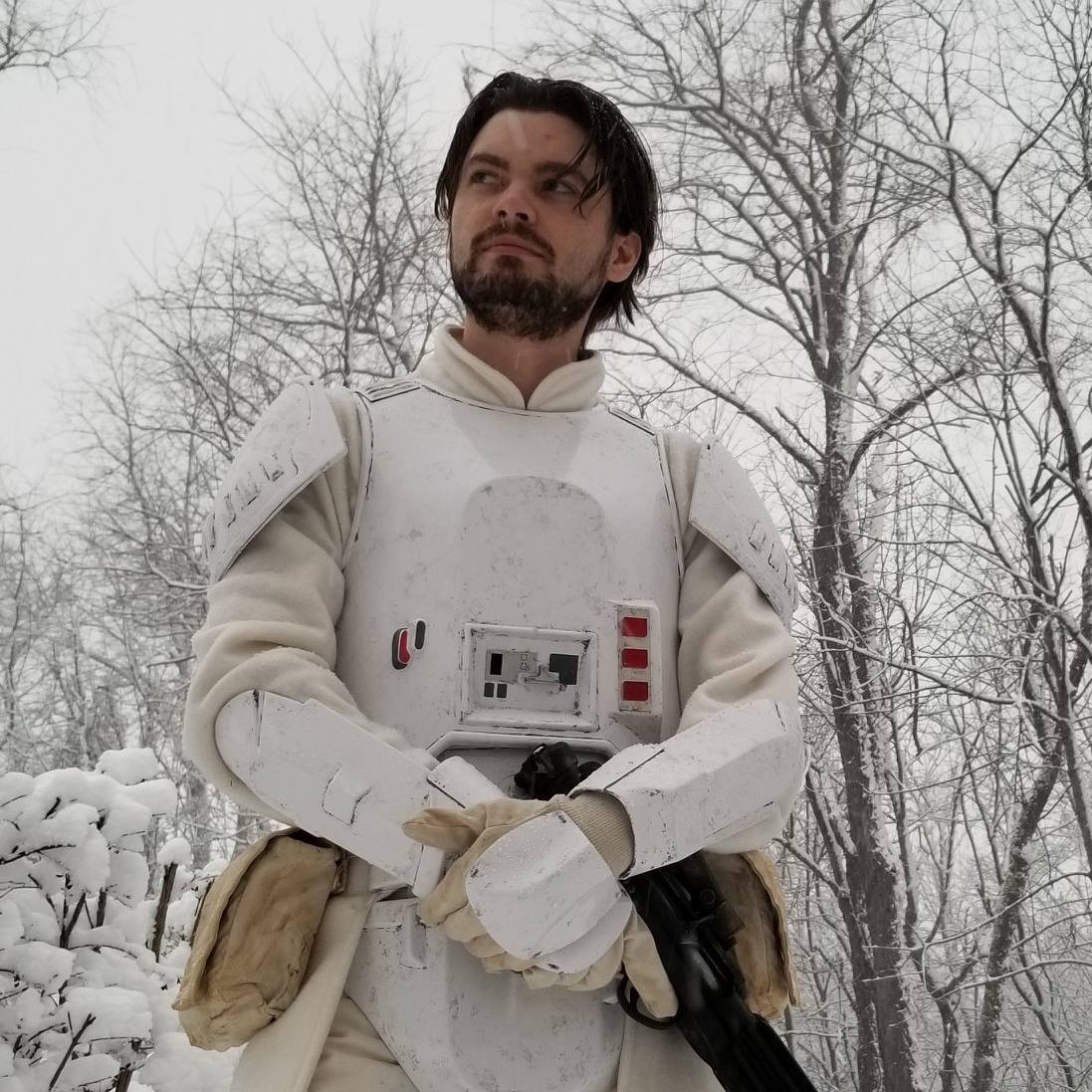 Outside of the legion, T.J. is a proud husband and father, has over 12 years experience working on federal software development projects, enjoys building computers, streams on Twitch, plays video games, collects and listens to a variety of vinyl records, and can throw a mean yo-yo. 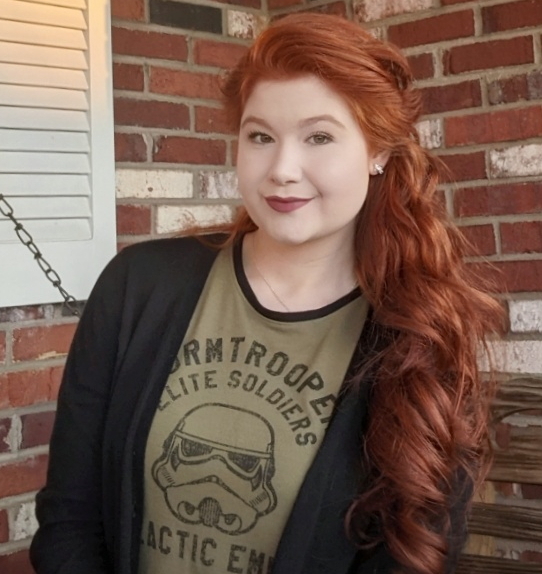 Rachel has been with Garrison Corellia since February of 2020 and this is her second year as GPRO. Outside of Star Wars costuming with the 501st Legion and the Rebel Legion, she enjoys making many other types of costumes. Rachel has a long list of hobbies but her passions include tabletop gaming, traveling, and sewing. 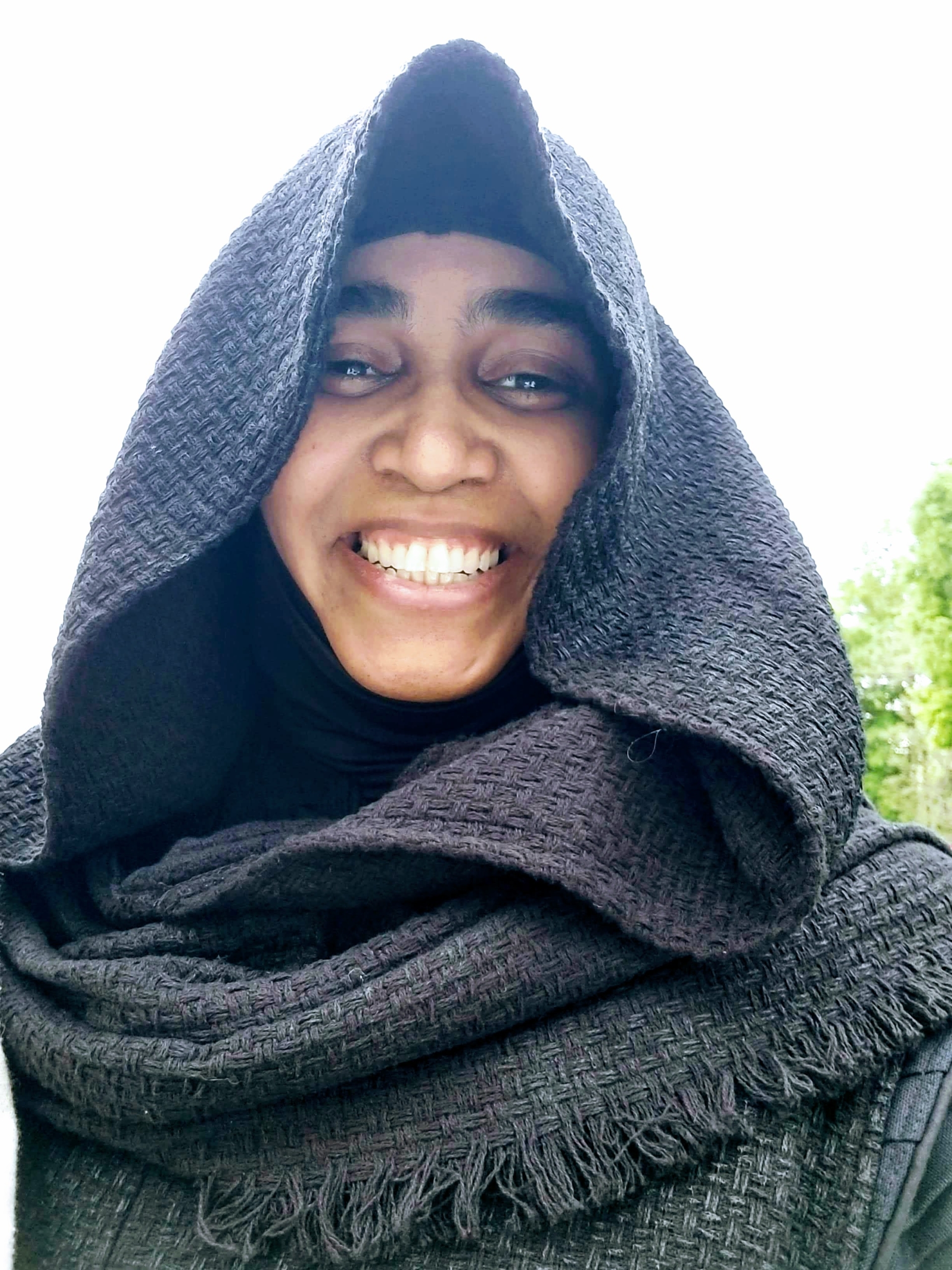 Claudia joined the 501st in October 2018 with a Kylo Ren from The Force Awakens. She has been the garrison’s Events Coordinator for nearly two years. Outside of legion activities, she is a US Army veteran, manages a restaurant, an avid reader, birdwatcher, stargazer, and gardener. 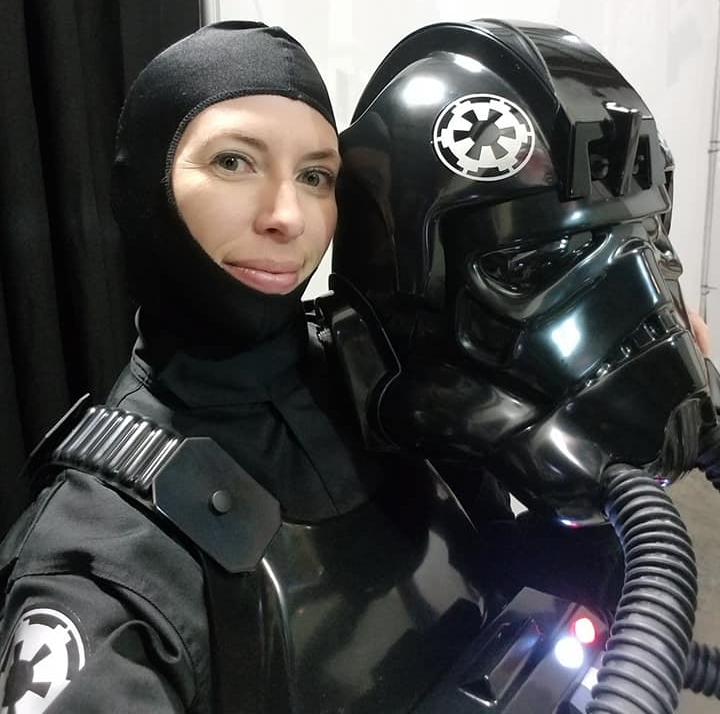 Lisa joined the 501st in October 2016 with a Revenge of the Sith Royal Guard costume. She previously served as a GPRO for 2 years and is now the GCR. She has four approved costumes and is daydreaming about the next one involving armor.

In her day job, Lisa serves small farmers across West Virginia for WVU Extension, actively writes and manages grants, and puts knowledge to work to enhance the local food system. When not busy with work and being a mother, Lisa is an Advisor for the WVU Lambda Omicron Chapter of Alpha Phi Omega. Her interests also include reading, video games, Disney, gardening, listening to TED Talks & podcasts on sustainability, and traveling to name a few. 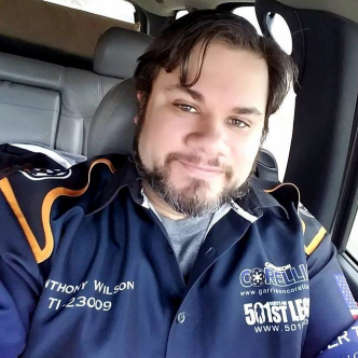 Anthony joined the 501st in November 2017. Over the years, Anthony has served as the garrison’s Merchandise and Branding Officer, Membership Liaison, and also serves on Rebel Legion staff as the North America RCL, and is the Amancane Base CO. He is also the Principal of the Abraxas School for the Galactic Academy.

Anthony owns and operates a costuming and prop creation business, creates digital and physical artwork, and photography. Anthony’s wife and son are both Star Wars fans and are part of the 501st/Rebel Legion and Galactic Academy.

Captain of the Guard – Josh Fite

Josh joined the 501st legion in May 2017. He wears his Tie Pilot costume with pride and fun energy. He shares his love of Star Wars costuming with his wife Heather and all of the friends he has made during his time with the 501st.

When Josh is not enjoying all things Star Wars, he enjoys nature, hiking, video games, movies, good spirits, and time with his family and friends. Josh is also the owner of his own plumbing business and has a passion of helping people and being part of the community.

Captain of the Guard – Heather Fite

Heather joined the 501st June 2019. She currently has 1 approved costume, a Jawa. This is her first time holding a position in the legion, alongside her husband, Josh. Heather is a LICSW, who is in private practice as a behavioral health therapist. She enjoys time in nature, swimming, the beach, playing video games, and reading. Her biggest passion is being mom to 2 sons, 4 cats and a dog. Heather loves sharing Star Wars and nerd stuff with her hubby, Josh.